This is the right place to discuss on how to implement hardware vsync, adding a VIA or AY chipset, puting multiple roms, or how to design a new flash expansion card.
Post Reply
144 posts

This kind of reminds me of the Atari ST dedicated joystick interface for Gauntlet to allow for four players are the same time: Two on the original ports of the machine, and two on the parallel port interface

I'll try to use the same system with more transistors to use the unused mapping combinations of the joysticks, in the end, 4 Atari-type joystick could be connected, or two "combo" joystick type. (8 directions, 6 buttons, and START-SELECT each)
Erebus SD reader
Top

jbperin wrote: ↑Tue Nov 16, 2021 11:12 pm This really makes think of a Battle Zone For Oric because the arcade version had two joysticks !!

The only software I know that took advantage of it were:
- the demo program going with the interface (TRON-like game), allowing 2 players on joystick
- Harrier Attack using "Joystick adapter" program, using the 2nd joystick button to fire one of the two weapons
- "joystick adapter 2" also mentions Light Cycle, but I never tested it (2 players are possible I guess)

From what I read on the forum, the standard IJK interface also allowed 2 joystiks (but I'll let experts confirm this)
Top

The IJK interface use the same way to work, bit7 bit6 to select jost1 or jost2, except these:
-If STROBE is ON, the interface is not readable on the printer port.
-If STROBE is OFF, we can read the state of one of the joystick for a SHORT time, the code must read the values just after setting STROBE off, otherwise, the values disappear, I did'nt verified if the emulator consider this, it could be problematic when the programmed game is tried on a real machine...
Erebus SD reader
Top 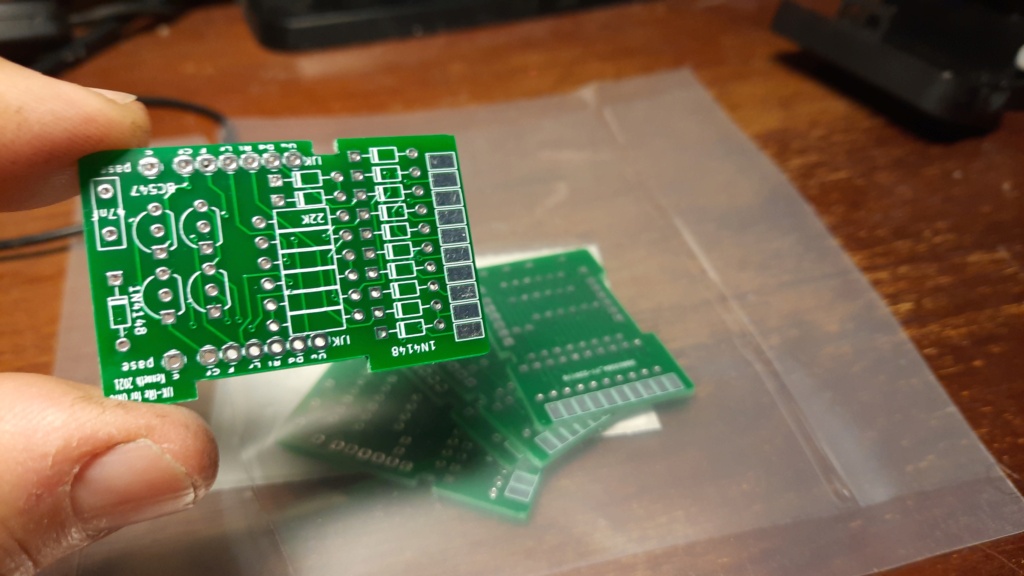 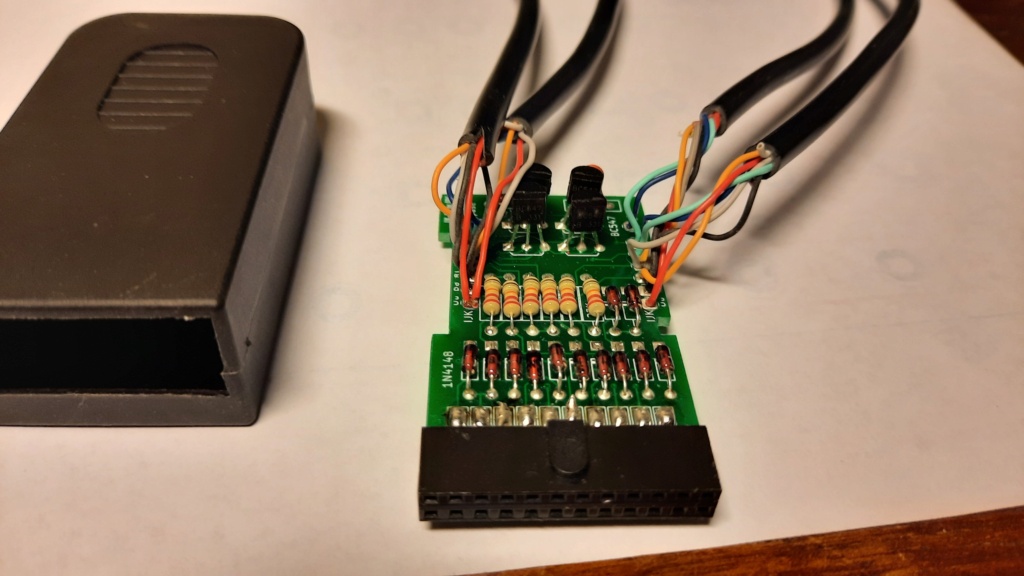 Kenneth, the sorcerer or the new Oric extensions hardware !

Here is the tutorial