Keep your retro-computers in safe...

Keep your retro-computers in safe...

There was a Pravetz at 600 euros on ebay, I'm sure you can get it for 99 bazzliions if you want to

Also a Jasmin drive on there which seems reasonable
http://www.ebay.co.uk/itm/LECTEUR-3-ET- ... 2a5a183fee
Top

It's not often you see a Jasmin for sale. Even rarer to see boxed examples. Oric disk systems tend to fetch a high price so I think the Jasmin is a fair asking price. I think the Microdisc asking price is too much.
Top

Additionally there was one more Oric Microdisc from another seller, sold for 199.00 GBP

Additionally there was one more Oric Microdisc from another seller, sold for 199.00 GBP

All that price are just stupidly crazy.. Collector peoples are juste the crap of our world.
My Projects: Replic'Oric Project - StratoCumulus Project
Top

It's cheaper than when they were new!
Disk interfaces aren't on offer very often. When they are the price is fairly high. Boxed things make more. It's pushed the asking price up and I now see very tatty boxed Atmoses wish an asking price around what a mint condition Atmos achieved with intact box and out sleeve. Ordinary used boxed Atmos should fetch around half or far less. The good condition ones are like hen's teeth.

Hopefully it's cheaper, but it's just the beginning, when speculators will start to get really interested in this platform, you can expect price higher than new.

And for a device that is 30 years old, I will never put the original price on it, mainly because it's dated product, and much more powerfull and, honestly better quality product are much more cheaper.
And making an Oric with the same functionality using modern part will be really cheap, expect less than 100-150€, even for a full through-hole design.

A quick BOM for a really low volume (I took the price for 1 piece):

The 65C02 can be find at about 7€
The 65c22 is also at about 7€
The DRAM, we will use a more integrated part (64K in a single chip, of SRAM to remove all the refresh problem we have on the original design) will cost at about 4 to 6€ (and I found chip with more than 64KB for that range of price)
There is a bunch of 74LS/74HCT chips, we can most of them replace them by a CPLD see after
The ULA is a "problematic" part as it's not a on the shelf chip, but it's start to be well known and it would be easy to make a CPLD version of it.
The PSG is also a problematic one as this part is no longuer manufactured, but it's easy to replace with a CPLD and some external passive components.
So a medium sized CPLD should be suffisent for replacing the ULA and most of the 74xx logic chip and the PSG (this one can't be found in a through hole unfortunately), count about 20-30€ with all needed part around
The ROM can also be tricky to find a 16KB ROM as it'a almost impossible to find this size, but we could use larger one without any drawback that having unused space, let's say less than 5€ for that.
Let's add 5€ for all the passive components and remaining logic chip that can't be put in the CPLD,
Let's also add 5€ for all the connectors,

we are not at 7 + 7 + 6 + 30 + 5 + 5 + 5 = 65€ for the components, add 20€ for the PCB, we arrive at 85€ for a single build computer.
Ok we need to add the plastic shell and a few minor things, but for a mass produced device this cost is virtually nothing. (less than 1€ on high volume for a plastic shell)
That's also doesn't take account of the development effort, but for 30 year old product, and especially second hand one, this is meaningless.

There is, apart from pure speculation/collection, no reason today to put more than 60 to 70€ in a 30 year old computer, even a boxed version, and especially when the working condition is not warranted at all.

Boxed Oric are not rare at all, we can see some quite often on eBay, the price getting higher is only due to speculation. The Telestrat is another problem it's hard to find as there is not a lot of them in the field, but even more than 100€ is too much. An example of speculation, the Apple IIc which was sold much more than the Oric or the Telestrat is often seen at higher price than both of them, and it's absolutely not a rare computer.
My Projects: Replic'Oric Project - StratoCumulus Project
Top

Yes, boxed ones aren't rare - the one that fetched a high value was in mint condition and original packaging. But people have been trying to get the same value for a simple used boxed Atmos. They are the same thing. I agree.

The value of a newly constructed Atmos doesn't include any money for the time and effort involved.
Some of the components online look like copies and they usually have postage costs on top of the initial price - so I think you component cost you have needs increasing somewhat.

The cost for building something like the Cumulus soon add up, don't they. I wasn't sure about getting one at the price they were at. I wonder what mine is worth now? We can't seem to manage to get them built as cheaply as they were. Building from scratch isn't so cheap.
Last edited by Steve M on Wed Aug 24, 2016 1:47 am, edited 1 time in total.
Top

Well, when I started current thread the auction was expired,
but now you have the real chance to win another "cheap" Apple-1 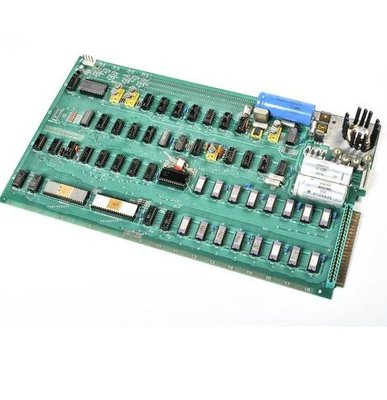